Meet some of the team

​Victor Ince (Rev) lives in Keremeos and has not been without a bike for 57 years .... current rides are : a  2006 Suzuki Burgman 650, a 2008 Moto Guzzi Breva 750 and a 2014 Royal Enfield Continental GT 535.  Preferred riding now is reasonably short rides on country roads.  He especially likes the roads in Northern Washington - good pavement and little traffic.  Used to be a long distance rider but arthritis has made a big difference in how long he can stay in the saddle. 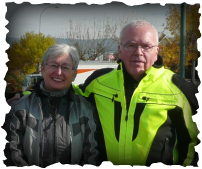 ​I have been in Mine Maintenance all my working life and Rose has been in banking, municipal government and mine payroll.
Were hoping for 10 more good years of riding. 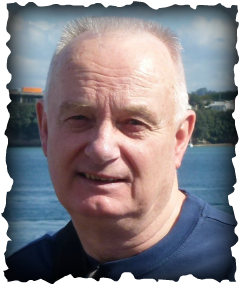 Scott Crossley (Cobalt)- I have been riding legally since 1992 when I purchased my first bike, a 1992 750 cc Kawasaki Vulcan 750 cc. with direct driveshaft. After obtaining my motorcycle license thorough the National Safety Council Training School (highly recommended as a prerequisite) my riding experience was travelling to and from work during the short summer season in Ottawa. During 17 years of driving back East, my total accumulated travel distance  was a mere 27,000 kilomters as I was not a long distance rider while raising children.

After retirement and a move back to my native B.C., Ted Fitzpatrick, introduced me to the Jurassic Riders. Miles ridden increased dramatically after joining this informal group of riders, both male and female.  How can one not love the Central South Okanagan Valley as a core centre for riding experiences in any direction while enjoying some of Canada's most beautiful scenery?

In 2010 I purchased my second bike, a Kawasaki Vulcan Voyager 1800 cc. touring ride and it is still my current source of enthusiaism while feeling the wind upon my face and exploring new asphalt.

Jurassic Riders has given me the opportunity to enjoy camaraderie, good food and visit new and wondrous sights each week.  Check us out! 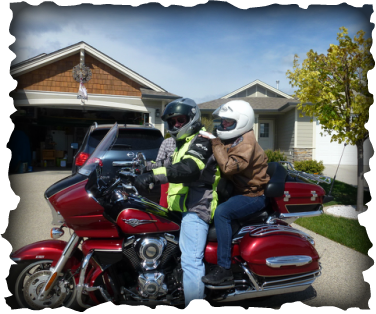 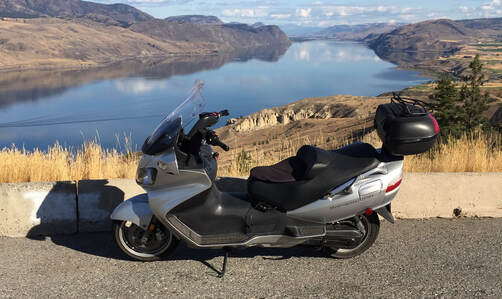 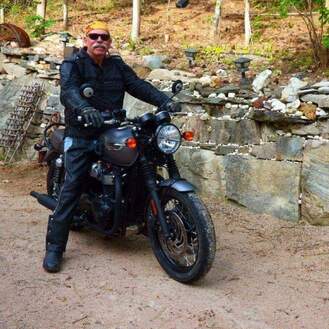 I own 2 bikes, a '82 Yamaha Maxim 750 and a Triumph T120 Black. The Yamaha is the first street bike I ever owned.
I'm old enough to be considered Jurassic so love being in the Jurassic Riders.

Probably have the least street experience of our members as have only been riding pavement for 6 years. So now you can see that it's not a big deal still having the first street bike I ever owned.

Love the pace and the company of the Jurassic Riders. 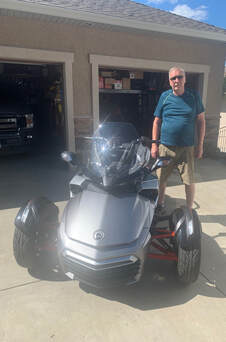 I started riding in 1968 on a Honda 90 street bike, have been riding for 53 years.
Today I am riding a Spyder which provides me with more stability.

I enjoy the Jurassic Riders, a great group of riders who are all close in age.
The Thursday rides are always enjoyable, love putting on 200 to 300 km. with the group. 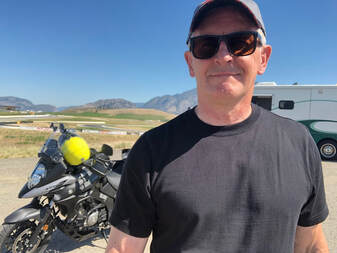 I got into bikes in my early twenties and after riding a few years had a break for three decades while I behaved like a mature adult. I started riding again in my early fifties, first a V-Strom DL1000, then a BMW R1200RT and now a 2019 V-Strom 650. We relocated to Peachland from Winnipeg when I retired and I connected with The Jurassic Riders shortly after. The Jurassics are a great group - very welcoming and very supportive of those learning about group riding, something I wasn’t previously experienced with. I appreciate the volunteer efforts of Dave Dionne who plans a great ride every week including a great lunch spot. It has been a terrific way to meet others with similar interests and to discover all the back roads in the Okanagan.
Powered by